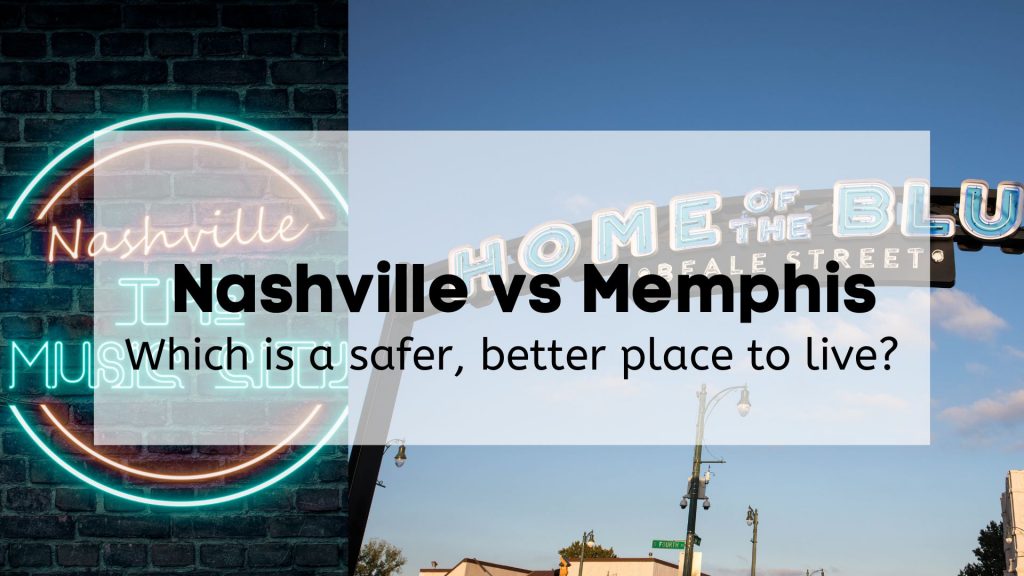 Nashville vs Memphis | ❓ Which is Safer, Better Place to Live?

Nashville is located in the center of the state. Even if you’ve never been to Tennessee, you’ve probably heard of Nashville since it’s the capital of Tennessee and the home of Vanderbilt University. Nashville is known as the music city, it even has the Rock and Roll Hall of Fame. Memphis, on the other hand, is located in southwest Tennessee. Memphis is also known for having great music and music attractions but has more emphasis on culture and arts.

While both cities are great in their own way, let’s figure out which one is right for you.

Looking at the statistics of both cities, they’re relatively similar in population. Nashville, however, has more area, so there are fewer people per square mile. The median age of both cities is the same at 34.2 years old. The median household income in Nashville is about $20,000 higher than in Memphis, but there are always outliers. Finally, the highest demographic in Nashville is white, while the highest demographic in Memphis is black.

What would it be like living in Memphis or Nashville? Starting with Memphis, Memphis has the world-famous Beale Street. Here, you’ll find tons of venues, such as B.B. King’s Blues Club. While Beale Street is fun, alive, and usually full of tourists, Memphis doesn’t have much nightlife. You won’t find streets filled with bars and late-night food. This makes Memphis more attractive to young families with children. Nashville, on the other hand, has plenty of bars and late-night establishments for entertainment. You’ll always be able to go somewhere for honky tonks and live music downtown. A lot of the downtown, late-night crowd in Nashville is college students, but you’ll also find young adults and adults enjoying the town as well.

As far as music goes, both cities love music. Nashville, however, is known as the Music City and the famous ‘Music Row’, street of record labels, recording studios, and radio stations. If you’re a fan of country music, then you’ve found your people.  Memphis, however, is also known for music, but more of the old-fashioned blues and soul music, and home of Elvis Presley’s Graceland.

Looking at the food scene, it’s quite similar in both cities. Both Nashville and Memphis enjoy the culture of Southern food, so you’ll always be able to find popular southern dishes throughout the cities. While Memphis is known for barbecue and Nashville is known for spicy chicken, you can find both of the specialties in the cities.

If you’re a commuter, you’ll likely find traffic in both cities. However, Nashville ranks as one of the highest cities in America with the worst traffic. Just like many major cities, you’ll likely find yourself stuck in traffic during rush hour, but even during off times, you won’t be the only one on the road.

Since Nashville and Memphis are in close proximity to one another, the weather in both cities is almost identical. The summers are mostly hot and muggy with temperatures rarely going above 96 degrees F. The winters are usually cold and wet, with temperatures rarely going below 16 degrees F. For the hot season, the average temperature is 81 degrees F, and during the cold season, the average temperature is 56 degrees F. The average rainfall in the cities per year is about 49 inches. The US average is 38 inches, so the cities can be considered pretty high in rainfall. For snow, the cities have on average 4.2 inches of snowfall per year. Usually, this snowfall is just flurries and doesn’t stick on the ground for too long.

Overall, living in Memphis would be more budget-friendly. The cost of living in Nashville is 13.4% higher than in Memphis. When looking at housing, the median sale price on a home in Memphis is $206,900, compared to Nashville’s median house price of $470,000. Just like every other city nowadays, the housing markets are highly competitive. This means you may be paying more than what the house is actually worth. Even though the cost of living in both cities is fairly different, the economies in both cities are doing well for all of the circumstances in the world today. A lot of this can be attributed to the tourists that visit the cities every year.

There are positives and negatives of living in either city, but one area both Nashville and Memphis are particularly strong in is having plenty of things to do!

You’ll never be bored in Nashville since there’s always something to do. Of course, there are famous country attractions, such as the Country Music Hall of Fame and the Grand Ole Opry. You’ll also want to take in the free, live country music all over town. Outside of music, there’s tons of history to see. You can take tours of the city, look at tributes to famous artists, and so much more. Check out Nashville Historical Sites to find which one you want to see first. If you’re looking to get out of the hustle and bustle, Nashville has some great parks to take hikes through, including Radnor Lake State Park which has 6 different hiking trails.

Just like Nashville, there’s plenty to do in Memphis. For fans of music, you’ll have to see the Memphis Rock’n Soul Museum, the Stax Museum of American Soul Music, and the Sun Studio. There are things to do outside of music, too. Check out the Memphis Zoo, it’s one of the few zoos with pandas. You can also check out the National Civil Rights Museum for some history of the area. If you want to get out of the city and see some nature, Memphis has plenty of parks to go to. One of the popular ones is Greenbelt Park located right on the riverside, so you can stroll, bike, or picnic by the water.

The most common way to determine if a city is safe is to look at the crime rate. The crimes that are used to calculate the crime rate are bucketed into two categories: property crimes and violent crimes. Property crimes are considered less dangerous than violent crimes and include things like theft, burglary, larceny, motor vehicle theft, arson, shoplifting, and vandalism. Violent crimes, on the other hand, include things like murder, homicide, assault and battery, manslaughter, rape, sexual assault, robbery, and kidnapping.

While both Memphis and Nashville have crime rates above the state and national average, Nashville is safer than Memphis if you’re just going by the crime rate. It’s important to remember that although crime rates are a good start to looking at the safety of a city, they should not be used to conclude if a city is safe overall. There are many things that may affect crime rates that are important to consider.

Nashville is home to the Tennessee Titans, Tennessee’s professional football team. One of the more popular sporting events to attend in Nashville is the Predators ice hockey games. In 2017, the Predators actually made it to the Stanley Cup finals. You can also check out a baseball game and cheer on the Nashville Sounds. There are also plenty of opportunities to cheer on any of Vanderbilt University games, Go Mr. Commodores!

Memphis is home to their beloved Grizzlies NBA team. The Grizzlies take on teams from around the world in the FedExForum stadium. For baseball, cheer on the Memphis Redbirds at the award-winning Autozone Park downtown. Memphis also has a soccer team named the Memphis 901 FC. Games are played at Autozone Park. You can also cheer on the Tigers at any of The University of Memphis’ 18 NCAA college sports teams.

Distance Between Nashville and Memphis

Nashville and Memphis are about 200 miles away from one another. Traffic depending, that is about a 3-hour car drive. With that in mind, even when you decide on the best city to live in, that doesn’t mean you can’t take a quick weekend trip to the other city to enjoy what it has to offer. If you don’t feel like being the driver, there is another option to get from Nashville to Memphis and back – there is a Greyhound bus that goes between Nashville and Memphis you can check out.

Overall, both Nashville and Memphis are fun, active, and exciting cities. No matter which city you choose to call home, you’ll be around music, food, and entertainment. Once you’ve decided to make your move, we want to make sure it’s as quick and efficient as possible. For reliable and experienced Nashville and Memphis movers, call 6th Man Movers at  615-000-0000. 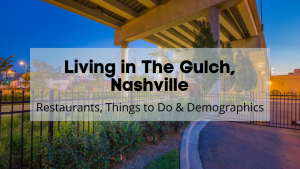 The Gulch – Nashville Neighborhood | 🎁 Living in The Gulch, Restaurants, Things to Do, Map, Safety & More

Located near downtown Nashville, The Gulch is known for its artistic roots, trendy vibes, and diversity. You will find plenty of murals throughout the neighborhood 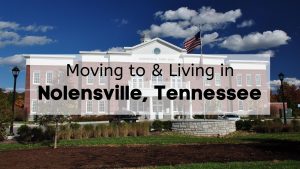 Featured Image By Skye Marthaler – Own work, CC BY-SA 3.0 Nolensville, Tennessee, is a great place to live as a scenic small town located 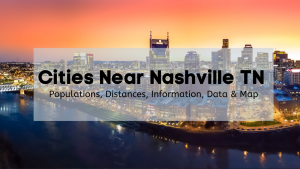 When you think of Nashville, TN, you think of the live music, vibrant nightlife, and delicious food. However, Tennessee is more than just its lively 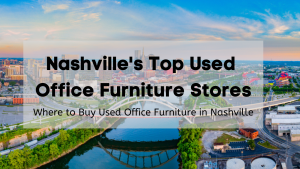 You’re finally ready to take the plunge and buy your office furniture. You’ve been working from home for a while now and are sick of